Islam is a very lenient religion and it has no complexities. There are some acts that are prohibited in Islam and one of these acts is known as “Gheebah” which we know by the name backbiting. The meaning of Gheebah is that you talk about a person behind his back in such a manner that the concerned person dislikes it when he/she is told about it. In Islam this act is strictly prohibited and it is considered as ‘Gunah’ in Islam. So one should always abstain from talking behind the backs of others. 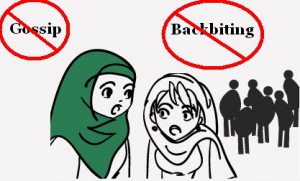 Our beloved Prophet Muhammad (S.A.W) said about backbiting that when you say something about your brother which he dislikes behind his back and that bad quality is present in that person then you are back biting him. Never ever say something bad for others behind their back. This is known as Gheebah in Islam. And our beloved Prophet Muhammad (S.A.W) has strictly told to abstain from doing such an act.

According to the teachings of Islam, we as Muslims are always advised to abstain from such acts like Gheebah which are disliked by Allah. If we want to be on the right path and be pious and near to Allah and be bestowed from His blessings, we should do as we are instructed and live our lives simply without any discrepancies. 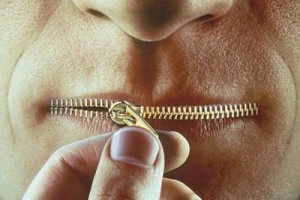 In the Holy Quran, on many occasions it has been stated that never talk behind people’s back. Hence we must never talk about others in a bad sense. Gheebah is considered to be one of the habits that can destroy your virtue. Allah and our beloved Prophet Muhammad (S.A.W) has also ordered us to never talk behind anybody’s back whether he is your brother, friend or enemy. This practice will certainly make us good Muslims.